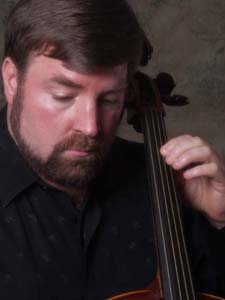 David Hancock came to Atlanta in 1991 as cellist with the Atlanta Chamber Players. During 1993-2008, he was the Principal Cellist of the Nashville Chamber Orchestra, a group committed to programming new “cross-over” works in concert with traditional masterpieces. From 1996-2010 Hancock served as Principal Cellist and Assistant Conductor of the Chamber Orchestra of Tennessee.

He earned the Master of Music degree in conducting from Southwestern Theological Seminary in Texas. His extensive study of solo and chamber repertoire placed him under the coaching of Lynn Harrell, Claus Adam, Leonard Rose and Samuel Mays. David received a Bachelor of Music degree from Indiana University, where he studied with Fritz Magg.

In 2005 David founded the Elysium Chamber Orchestra and Chorus and serves as its Artistic Director. He and Carolyn Hancock are the founders of Chamber Music Atlanta.